As I mentioned in my post about the Death Salon Film Festival, one of the highlights was a Q&A session with Jae Rhim Lee, the creator of the Infinity Burial suit–the technology that turns mycelium loose on your corpse after you die to more efficiently and safely return your nutrients to the earth. 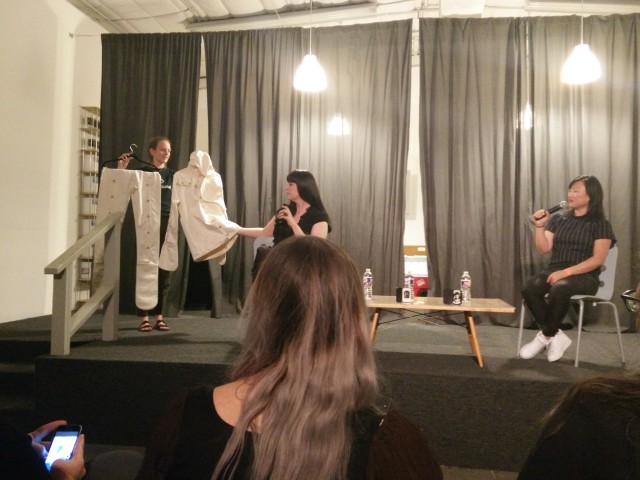 The suit pictured above is now commercially available, so if you’re thinking of a green burial and want to include mushrooms in the process:  Buy it here!

Worth knowing:  these suits have a 5 yr viable lifespan, and can be renewed if not used in the 5 years, so you totally can buy it NOW without needing it.   They do recommend cool storage for it, however.

As part of the Infinity Burial suit presentation, we screened Suiting Dennis, a mini documentary about the first man to be fitted for an Infinity Burial suit.   I hope you’ll have the time to watch this–it gives such a great sense of both Dennis and his family,  and the passion of the Coeio team for their product.

As a final note:  just before Jae Rhim did her talk for us, she received word that Dennis, who had been on hospice, was no longer eating or drinking.   And a few days later, his family put his suit on him for the last time, and carried his pioneering corpse up to a plot in Maine.

If you truly know me, you’re probably thinking, “What?  Film Festival?  She hates movies!”
And you’re right, I do.

But for the chance to be able to hang out with other Death Positive folks, and spend the weekend marinating in the amazing energy that the alternative death community brings with it?  I’ll tough it out!

And it was definitely worth the effort. 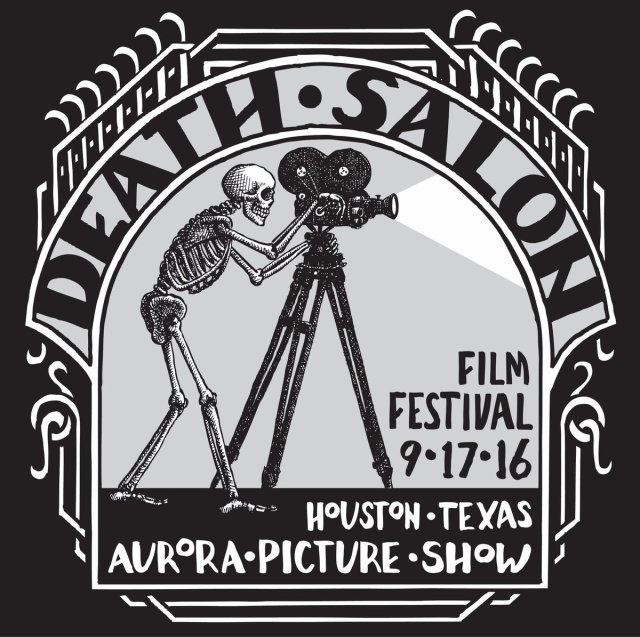 Death Salon started out at a beautiful outdoor venue on Friday night with a lecture by Dr. Paul Koundinaris, on Sex and Death, which featured way more mummy-and-ghost-related sexual activity than I ever thought existed.   (umm, what?) 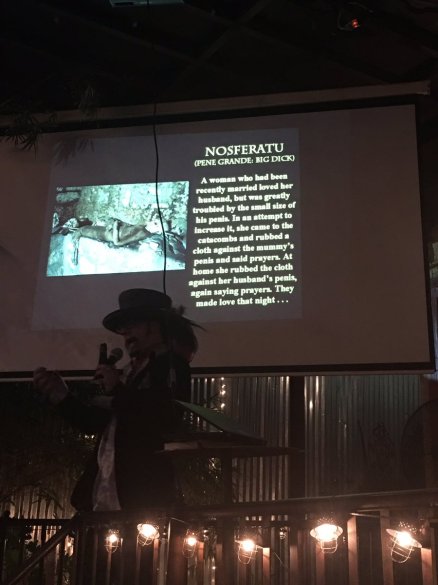 This scintillating lecture was followed by a round of death-related pub trivia, with a sudden-death playoff and Death Salon swag for the winners!

Did you know Rick Perry has overseen more executions than any other TX governor?  Having a stranglehold on the office for 47 years will do that to you….

Saturday morning, many Deathlings (as DeathSalon groupies are referred to) went for local color (and HUMIDITY) to eat delicious brunch outdoors at a nearby restaurant. 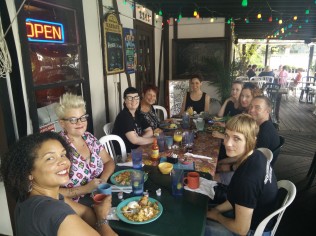 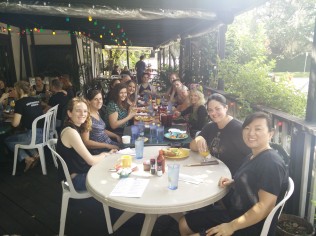 I don’t think anyone passed out from the heat, but I’m sure a few thought they might!

After brunch, most of us headed to The Wilde Collection and My Flaming Heart for souvenir and death-related curiosity shopping. 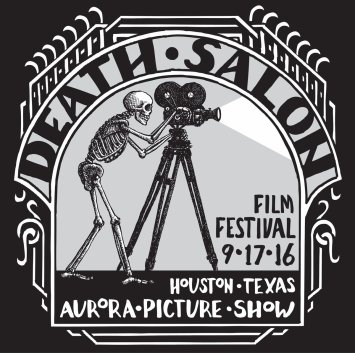 Saturday night brought the title event–the Death Salon Film Festival.   Caitlyn Doughty, ever the ultimate witty and engaging MC, opened the evening with a short film focussing on mortuary school students, after which she led a panel discussion on death in Texas with Sarah Wambold and Genevieve Keeney–where we learned about Babyhead Cemetery, burying presidents, and (OMG) the potential to be buried legally in a Texas state park.

The film festival portion then kicked off, with eight short films for our consideration with a broad range of offerings, from a Dia de los Muertos documentary and a reporting of a village-led funeral, to two screenplays and a skeleton-themed music video.

My favorite was the Dia de los Muertos film, which showed a very intimate, different observance, nearly unrecognizable if you were expecting the Americanized sugar-skulls and papel picado version. 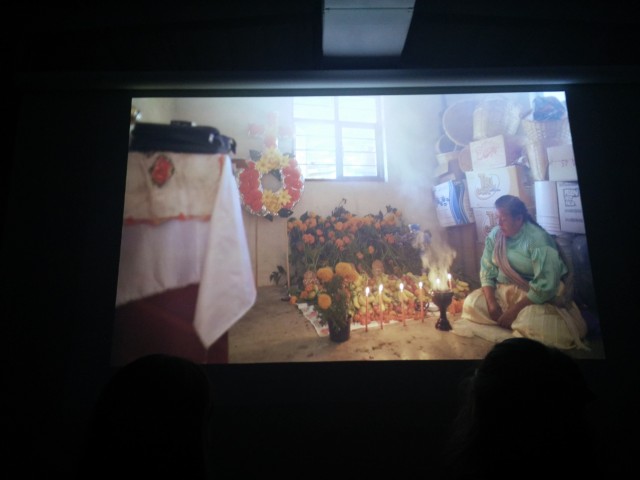 We then voted for the winner, which was tough–so many intriguing and interesting directions presented!

While the team tabulated ballots, we screened Suiting Dennis, a short film about the first person to order an Infinity Burial suit from Coeio–the emerging technology that uses mycelium (mushrooms) to decompose a body. 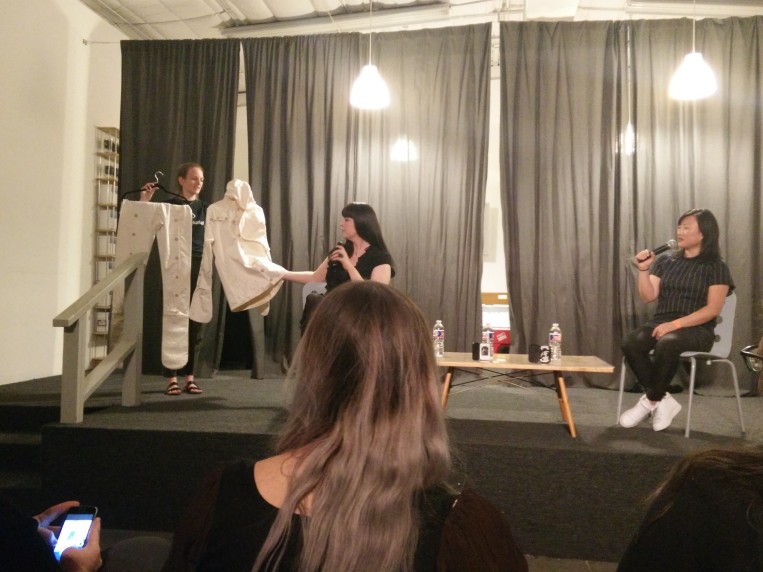 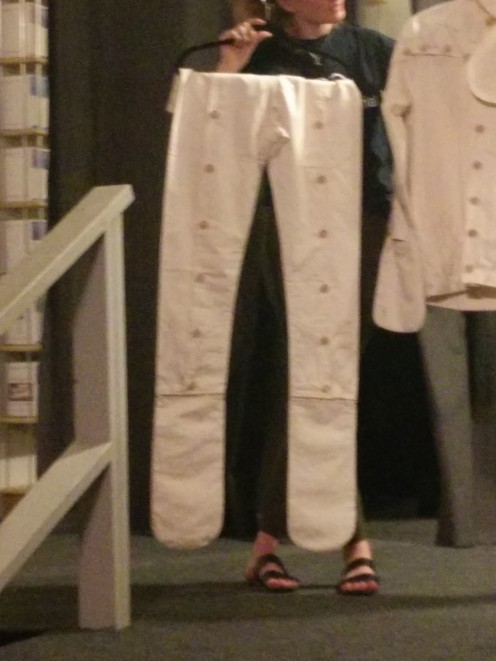 When the results were announced, my favorite didn’t win–but congratulations to the winner, Scent.

Sunday morning, a small group of us met for breakfast at a nearby Torchy’s, and got to introduce the non-locals to the manna that is Torchy’s queso.  Even Torchy’s got into the Death Positive spirit and welcomed us with a little skull love: 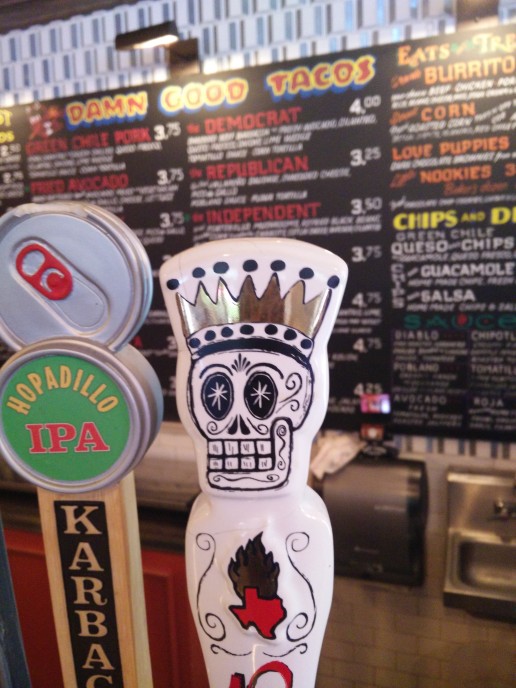 We then finished off the weekend with a lunchtime tour of the National Museum of Funeral History, which was thick with presidential and papal burial info, crazy coffins (glass! money! shag carpet!),  amazingly intricate and beautiful antique carved-wood-sided hearses, mourning spoons, 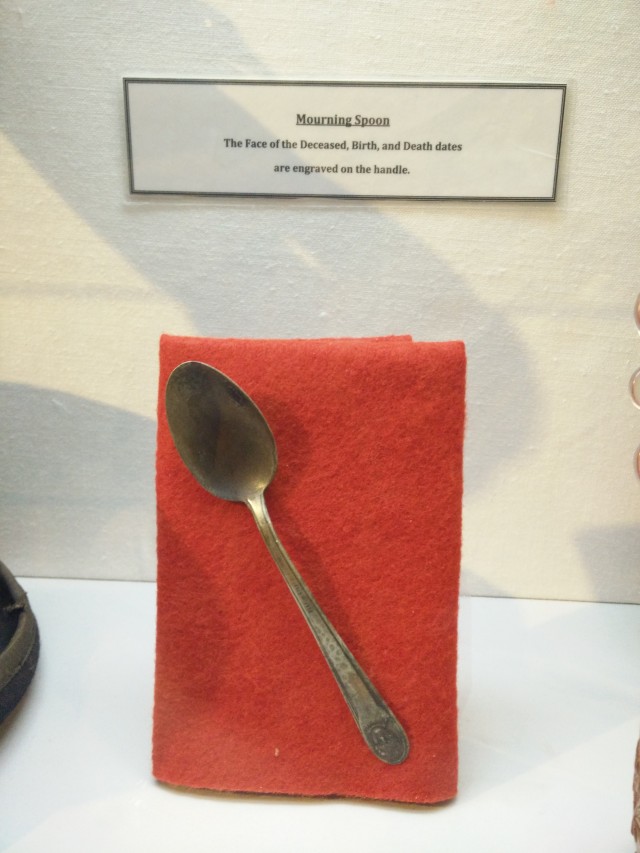 and, best of all, this party bus prototype right here: 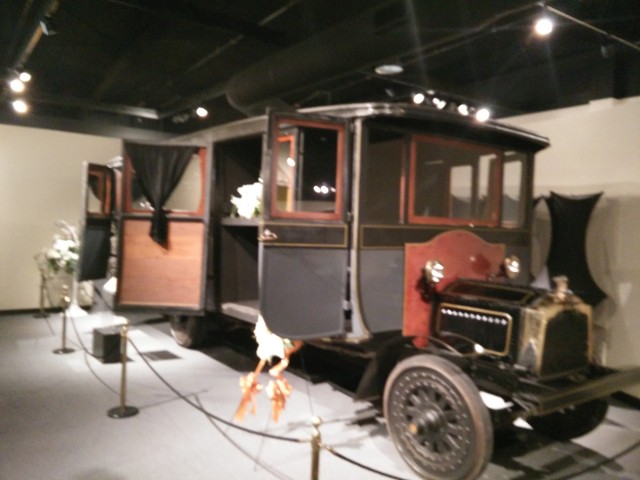 Coffin in the front, party in the back, with bench seats for the pallbearers AND a private space for the family as well.    Putting the FUN in funerals since 1924!

Curious about Death Salon?  Want the chance to hang with the serious Death Positive crew yourself?

The next Death Salon is now announced for Seattle in September of 2017.  You can track the announcement of schedule and ticketing here.

I need you to go read this tale of two deaths–a widow’s account of her husband’s traditional/commercial funeral, directly juxtaposed with the home funeral done at the very same time for the friend who died alongside him in the same accident.

And are some excerpts, in case you’re like me:

Their funerals were complete opposites. It wasn’t only that one of them went into the ground and the other up in smoke. It was that one funeral, green and at home, healed and helped, and the other didn’t.

Which one is more what you want?  Does anyone know that?

What happened after [my husband] and Scott died – in two houses across a quiet village street from one another – mattered. I didn’t have the information or the support around me to find a way to have a funeral for Nick that was aligned with his, with our, beliefs. So I gave myself up to the traditional approach to funerals, where there is very little room for what is unique, something that fit our family and our values. And I paid for it.

Does the person who knows what you want know how to make it happen?  Does she know how to find help?

I have a thousand regrets about this. Like so many errors we make, we would surely make them again on that day, in that place. I didn’t know any better and I couldn’t have done any better then, I suppose.

Still, I owed Nick a huge apology. It was bad enough he died, but then, I got him buried all wrong. It’s not like I didn’t know what he wanted.

“Lean me against a tree and walk away,” he said.

Every time, that’s what he said. And he meant it.

It’s not enough to just know.  IT’S NOT ENOUGH TO JUST SPEAK IT or write it down.  Much like fire drills and natural birthing–you have to write it down, commit to it, and then practice it, until you can execute the path without thinking about it, because (like our author) you can’t even know how stressful and chaotic it will be until you get there.

Even if you aren’t fully “prepared” (because who really can be?), the research and practice you do will at least give you the resources and community contacts around you that can help you through the chaos.

If you think you might need or want that help, now is the time to source it.

(Hint: ASK ME for leads)

The last words of BTDT wisdom from our widow:

What I now know is that a family given choices to keep it real and in alignment with what their views are matters more than anything. For those who want a traditional funeral home style funeral, it’s all set up for them, by default. For everyone else, know that there are options for a home funeral, or funeral homes who will work with you to do what is right for you

Isn’t that what we all want?  Deathcare that honors who the person was, and makes good space for grieving and healing while keeping with our values?

It’s your job, our job, to make it happen!

Good thing he made his wishes known!

What are yours?  Who knows them?